Cordillera Blanca: the best trekking and climbing destination in the Andes

Situated between the Tropic of Cancer and the Tropic of Capricorn and just a few degrees south of the equator, the Cordillera Blanca is the world’s tallest tropical mountain range. It is located in the northern half of Peru in the department of Ancash a few hours’ drive northeast of Lima. The Cordillera Blanca measures 180 kilometers in length and is 3,400 km² in area. The region is very biodiverse and has a great variety of plants, birds, and mammal species. There are also many glaciers (including those shrouding Peru’s highest peak, Huascaran [6,678m], long deep valleys (such as the Huaylas Valley and the Conchucos Valley), glacial lakes, and important archeological sites. 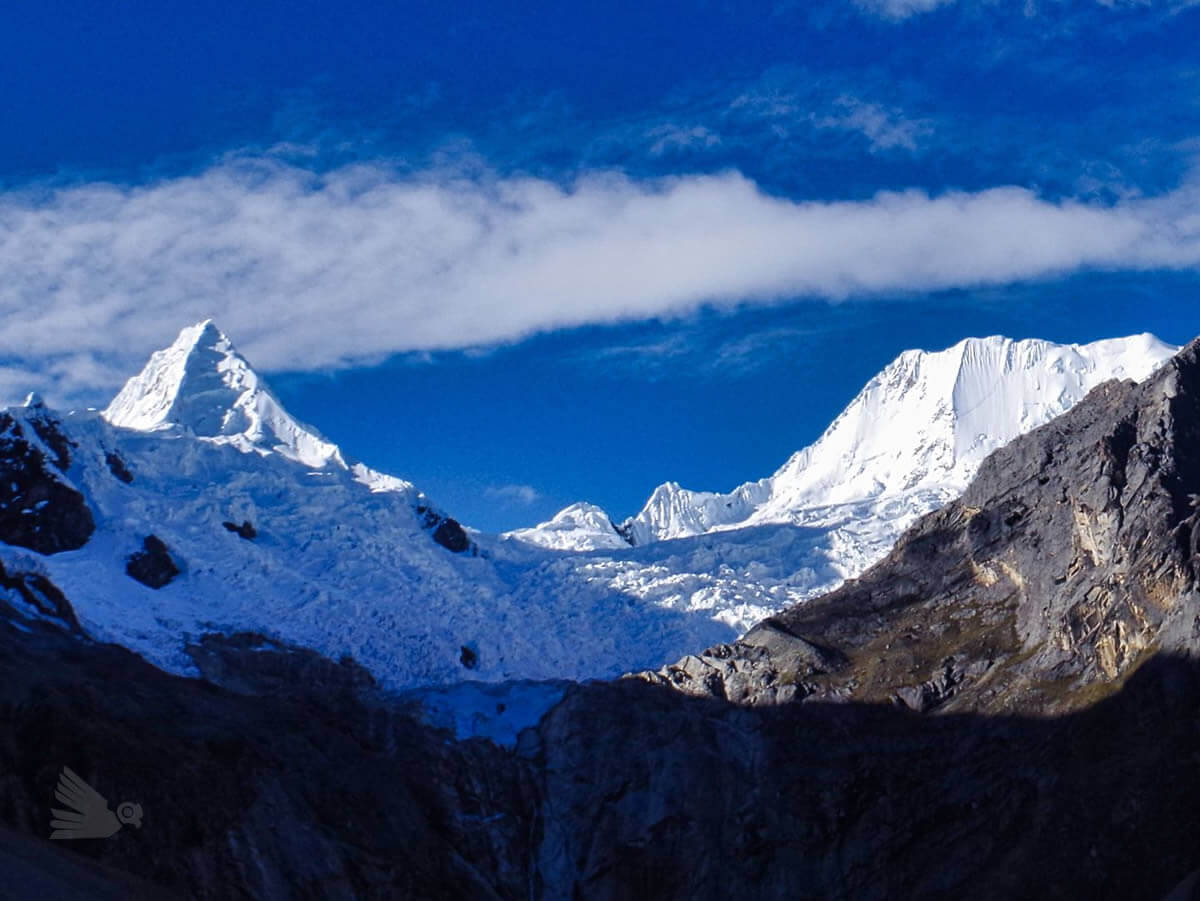 How to get there

Huaraz is used as a starting off point for almost all the popular activities and destinations in the region, because it is conveniently located and has all the necessary tourist infrastructure (hotels, restaurants, tour agencies, etc.) that you might need. Of course, from Huaraz you have access to all the rest of the cities, towns, and the various hotels throughout the Huaylas Valley. These can also provide access to the Cordillera Blanca.

Traveling to Huaraz you have two options:

The most commonly used option is to go by bus; generally this would be from the cities of Lima or Trujillo. The travel time from either is about eight hours. There are several bus companies that serve these routes and they offer levels of service that are very comfortable. Some popular companies: Movil Bus, Oltursa, Civa, Cruz del Sur, and Transportes Línea.

The second option is fly from Lima. The 50-minute flight arrives at the airport in Anta and then requires a short 30-minute drive the rest of the way to Huaraz. At the moment no one is offering flights to Huaraz, but we expect air

In the Cordillera Blanca an in the Peruvian Andes in general, there are only two well-defined seasons: a rainy season and a dry season. The rainy season extends between October and early April. The dry season, often called the “Andean Summer”, runs from mid-April through September; the majority of outdoor activities are best done in the dry season, so this is the ideal time to visit the Cordillera Blanca. This is the season when people visit lakes, high valleys, and viewpoints and do multi-day treks, climbs, mountain bike trips, etc.

A typical day during the dry season dawns with completely blue skies and the temperature will rise to about 20 ºC by midday. Mornings and afternoons can feel cold and nighttime lows can descend to below freezing at 4000 m. 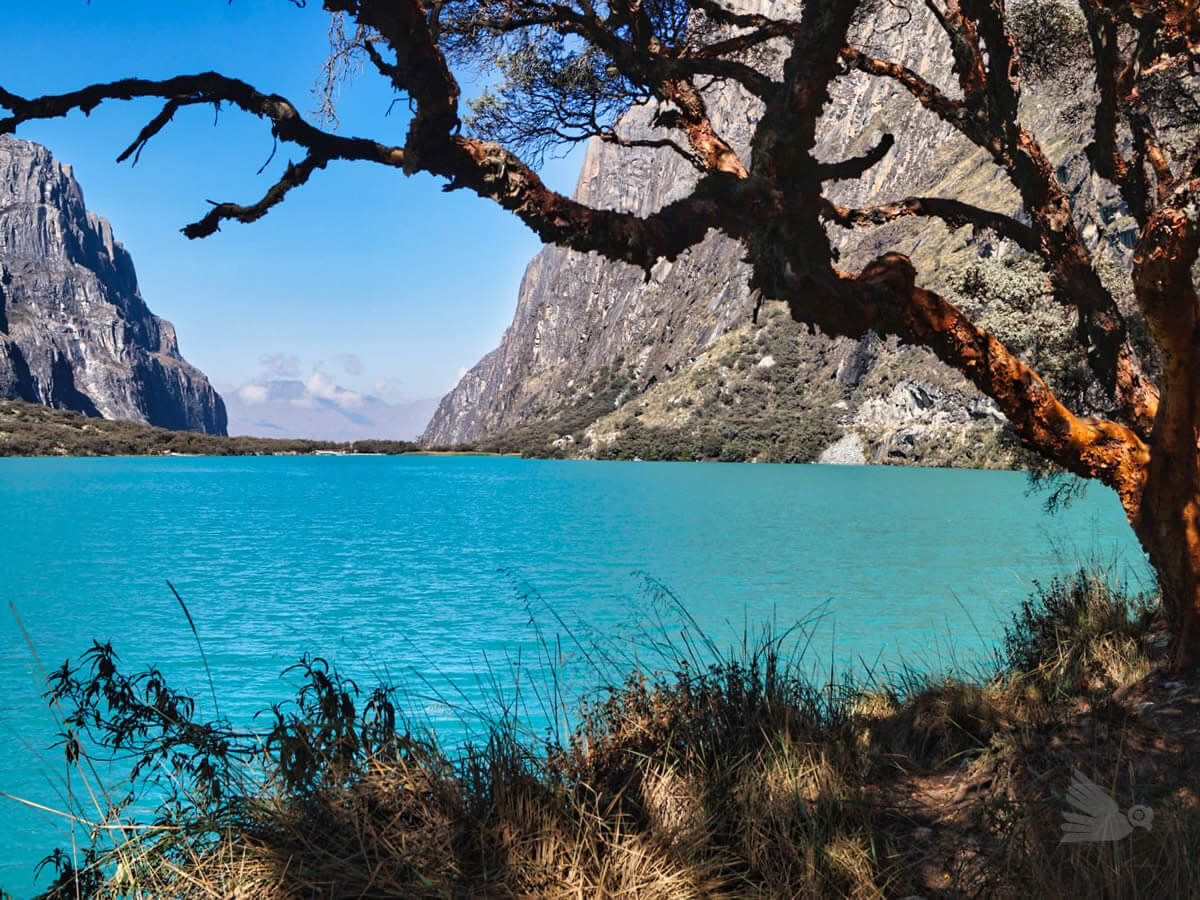 Owing to its tropical location, the Cordillera Blanca boasts a high degree of biodiversity. The Huascaran biosphere is comprised of several different ecosystems. Within these ecosystems you will find 882 lakes (according to ANA [Autoridad Nacional de Agua]), the largest of these is Lake Parón, 556 glaciers (according to INAIGEM [Instituto Nacional de Ecosistemas de Montaña]), some of the largest of these are found on Peru’s tallest mountain, Huascaran Sur (6768 m), 779 plant species, notable among these is the queñal tree (Polylepis sp), approximately 150 bird species including the emblematic Andean condor, and at least 15 species of mammals. The bulk of the Cordillera Blanca is protected and administered by Huascaran National Park (PNH- Parque Nacional Huascarán).

The PNH was founded on the first of July in 1975 and was declared part of the World Network of Biosphere Reserves by UNESCO. In 1985 UNESCO also declared the park to be a World Heritage Site. For all the above reasons, the Cordillera Blanca and Huascaran National Park offer an endless variety of natural beauty for lovers of the outdoors.

What to see and do

The varied topography of the Cordillera Blanca offers a wide range of options to the visitor. There are activities available to suit diverse interests including the purely recreational, cultural, adventure sports, educational, etc.

Here are some examples of destinations that are popular with visitors: 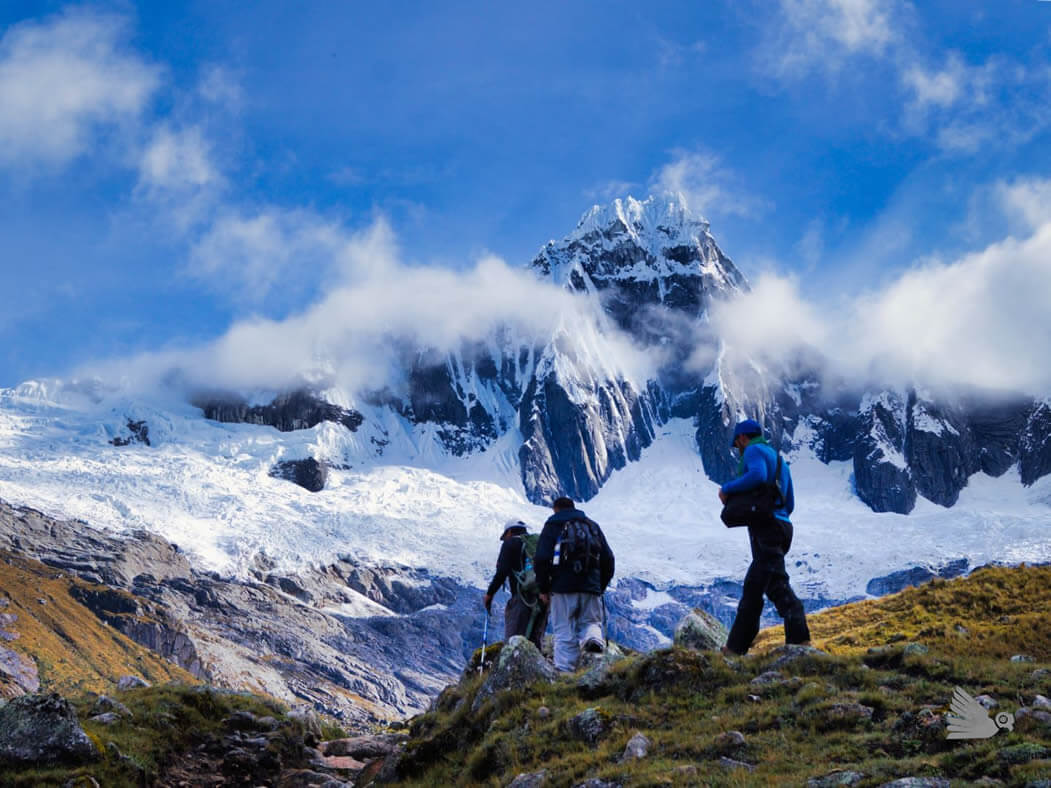 Treks in the Cordillera Blanca

The best way to explore the Andes is on foot and the routes in the Cordillera Blanca are legendary among trekkers worldwide. Trekking is a healthy pastime, has a low environmental impact, and can be beneficial to the economies of the local communities. With 340,000 square hectares of land to explore, you’ll never run out of excellent options for both day hikes and multiple-day treks. Almost all of the multi-day treks will pass through tiny villages, deep valleys surrounded by glaciers, colorful alpine lakes, high passes with incredible views, mysterious quenual forests, racing streams, and more.

Multi-day treks generally take place at altitudes above 3700 meters with campsites that are often above 4000 meters and passes up to 5000 meters. With this in mind, we recommend that trekkers be in good physical shape and take some days to acclimatize before setting out. The Huaraz region is well suited to acclimatization. It is at a reasonable altitude and offers easy access to several sites that make excellent day trips. Here is a list of day hikes.

Keep in mind that that you can count on our extensive experience in the region to help you plan your trip to one of these routes.

Climbing in the Cordillera Blanca

The Cordillera Blanca is a world-renowned alpine climbing destination. In the dry season adventurers from all over the globe arrive in Huaraz to try their luck at one of the 27 6000 meters peaks such as Huascaran, the Huandoys, Chacraraju, Chopicalqui, Tocllaraju, Artesonraju, Ranrapalca, or one of the hundreds of peaks over 5000 meters, the most famous of these being Alpamayo.

The mountains of the Cordillera Blanca can, for practicality, be broken down into two basic groups based on the technical difficulty required to reach the summit. In the first group are the technical climbs in which one must have significant experience in snow and ice climbing. All the previously mentioned mountains fall into this category. In the second group are the moderate peaks. These are mountains in the 5000 meter range that are better suited to beginning climbers, because they present less objective hazard and require only a basic understanding of snow and ice climbing techniques. Some examples of moderate climbs are: Pisco, Yanapaccha, Ishinca, Urus, Vallunaraju, and Mateo.

Remember that conditions from change season to season, so always get a current report before setting out to climb one of the moderates.

The safest way to do any of these climbs is to contract an official mountain guide. In Huaraz professional guides are available from the Asociación de Guías de Montaña del Perú (UIAGM). All of these guides are fully accredited with the Union Internationale des Associations de Guide de Montagne (UIAGM). 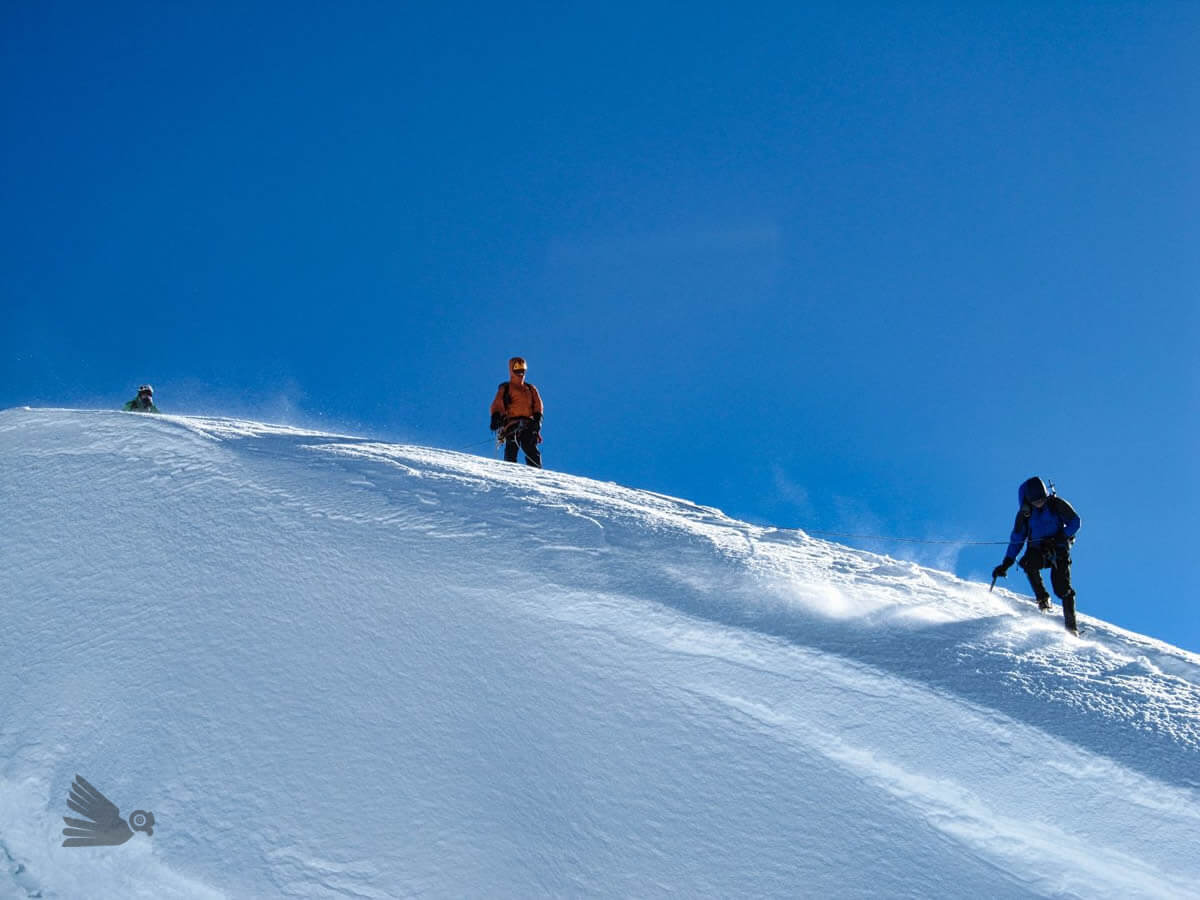 As stated previously, Huascaran National Park (PNH) is located within the Cordillera Blanca. The main objective of the PNH is to protect the region’s natural resources, to promote the sustainable development of tourist activities, and to regulate the use of the grasslands within the park by the local communities.

Here is a list of the entrance fees charged by the park:

The fees are in Peruvian Soles.

Remember, if you want to plan your trip you can CONTACT US, we will be happy to help you.