Also known as the “Capital of Friendship”, Chiclayo is the capital of the department of Lambayeque located on the coast of Peru, 770 km north of Lima at 30 MASL. It is set near the ocean in a fertile valley where agriculture plays a significant role in the economy. The region boasts of Peru’s most important museums: The Royal Tombs of Sipán Museum, the Brüning Museum, and the Sicán National Museum, are all located nearby because several major pre-Incan civilizations existed in the region such as the Mochica, Chimú, and Sicán cultures.

Chiclayo enjoys a warm climate with sunny days year round and very little rain. The yearly average temperature is 22.3°C, but summer temperatures can exceed 32°C.

There are two ways to travel to Chiclayo: one is via the Pan-American highway from the north (Ecuador) or south (Lima), the distance from Lima is 770 km; the other is to take one of the regular approximately one-hour flights from Lima.

Among the most important places to visit from Chiclayo are: 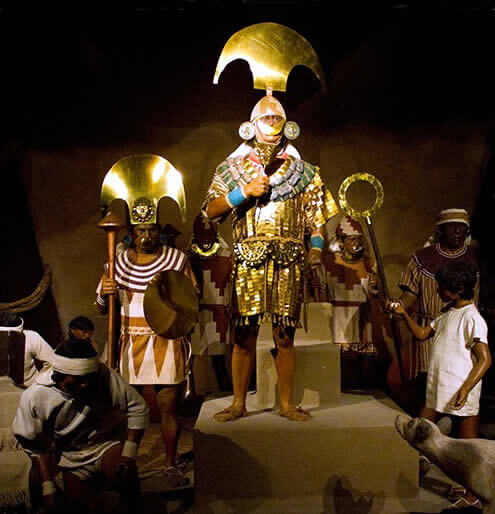 Our available tours in Chiclayo