Also know as the “City of Eternal Spring”, this is one of the most important cities in northern Peru and the capital of the department of La Libertad. A coastal city located on the shores of the Pacific Ocean, Trujillo is 500 kilometers north of Lima and 35 MASL. It possesses a mixture of ancient cultures, colonial architecture, and a welcoming population. The central part of the city features the largest plaza de armas in Peru and is surrounded by both colonial and republican era mansions painted in bright colors.

On the outskirts of the city also lies Chan Chan, the largest adobe city in the Americas, which belongs to the Chimu culture. Trujillo also has beautiful beaches such as Huanchaco, where local men still fish for their living using handmade boats fashioned from tortora reeds.

There are two ways to travel to Trujillo: via the north Pan-American Highway from Lima (500 km) and via regular fifty minute flights from Lima.

Getting in Trujillo we can visit these places: 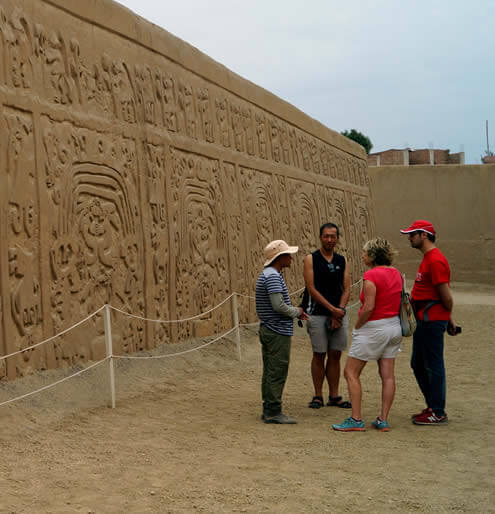 Visit and enjoy the available tours in Trujillo